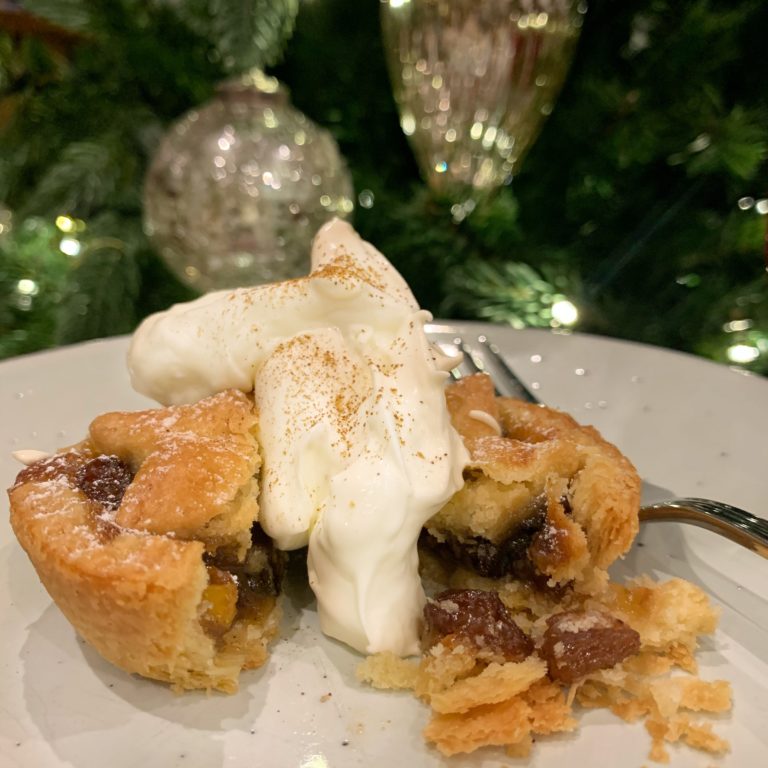 First things first… MERRY CHRISTMAS! I blummin love saying that, Christmas is my favourite time of year and I am one of those annoying people who get way too excited way too early. I do however resist putting my decorations up too early.

Anyways, the supermarkets at this time of year are adorned with such lovely treats and it’s so tempting to keep picking things up especially when they are usually on offer. But when i say there are some things that are worth making yourself, i mean it when I say this recipe is one of those things!

I often look at recipes and think ‘is that going to be worth all of the washing up?’ and seeing as this one only uses one bowl, a food processor and a baking tray you’re not going to be left with a mountain of pots!

Let’s talk about mincemeat… I won’t lie, I buy it in a jar. Great mincemeat is aged so that the flavours are really enhanced and this is never something I think to do in advance.

Buying jars gives you a great base flavour to which I then add extra ingredients, such as dried cranberries, brandy and cinnamon.

Flavour can also be added in other ways – you will notice that within the pastry instead of adding milk or egg as the binding agent I use orange juice. This evaporates quicker which helps leave the pastry lovely and flakey but also leaves behind a subtle orange hint.

This recipe will yield approx 18 deep filled mince pies. I like to use a deep muffin tray and cut circles which fill it about ⅔ up the sides. When you are filling them, be sure to fill about half way otherwise you will get some serious over flowing as the juicy filling bubbles up! 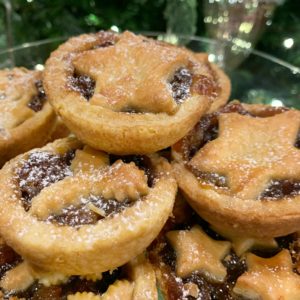 Extra flour for dusting and a dash of milk for glazing

Now see how long you can leave them to cool before you eat them up!